Do you know the origins of iced tea?

Iced Tea has Deep Roots in the US

Iced tea is a tasty, refreshing beverage that has become a staple in the United States.  As the Summer months approach, the popularity of iced tea spikes, although this drink is enjoyed year round.  In fact, 85% of all tea consumed is iced tea.  Where then, did iced tea first appear?  Who invented it?  Ah, the mystery! 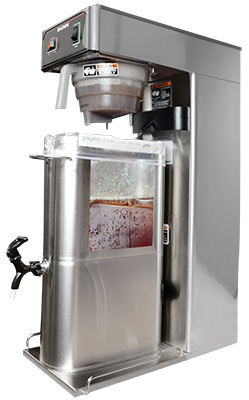 Iced tea is commonly associated with the South,  which makes sense since South Carolina was the first place in the US to grow tea  in the late 1700's, and the only state to ever have produced tea commercially. Entering the 1800's both English and American cookbooks cite recipes for cold served tea, often called "punches".  Cold green tea punches spiked with liquor became increasingly popular.  These drinks were known by names such as Regent's Punch (after George IV, English Prince turned King in the early 1800's) as well as Charleston's St. Cecilia Punch.

Richard Blechynden (India Tea Commissioner and Director of the East Indian Pavilion) is often mistaken as the creator of iced tea during the 1904 World's Fair in St. Louis.  Blechynden initially offered free hot tea to the crowd, however due to the intense summer heat, the public was not interested in a hot beverage.  He then added ice to the tea and the thirsty fair goers approved.

What is your favorite iced tea flavor?

Fast forward to the 21st Century, and iced tea is a staple beverage throughout the US, and is now available in a variety of blends and flavors, both sweetened and unsweetened.

Serve your patrons the freshest, and safest tea

Restaurant operators, convenience stores, resorts, and caterers trust Saftea® Liners when it comes to serving the safest, most hygienic iced tea to their valued customers. Don't risk bacterial spores or residual cleaning chemicals to make your iced tea not only harmful, but sour tasting as well. Change your liner once every 24 hours, and you will consistently provide great tasting iced tea that is of the highest food safety standards.  Order your supply of Saftea® Liner directly from our webstore:

June is National Iced Tea Month!  Iced Tea is not only a refreshing Summertime beverage - it is...
Read More

The Power of Tea Did you know tea could do these things? Aside from the delicious taste and healthy...
Read More
Back to the top