How much do you know about tea?

It's no secret that here at Plascon, we love iced tea!  We talk about it all the time, and we have even dedicated a product to help our food service friends ensure that their iced tea is of the highest quality and sanitation: Saftea® Liner.

As part of National Iced Tea Month, this June we have been blogging about all things tea!  We have looked at the history of tea, and shared some delicious recipes, so why not have a little fun and take this tea quiz? 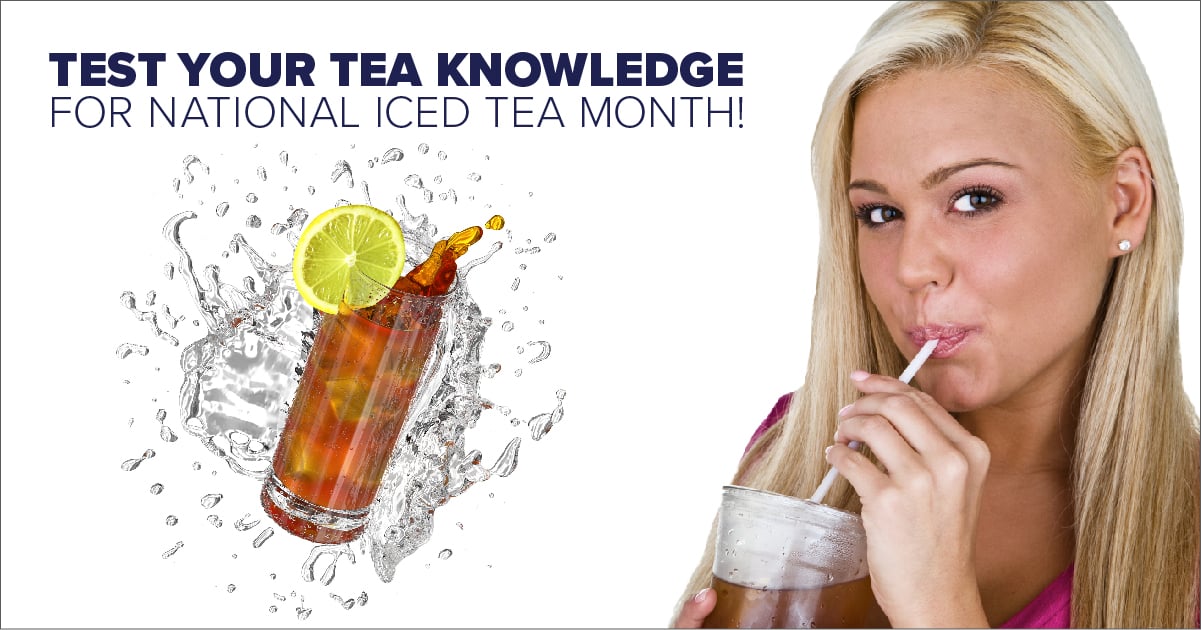 Create your own user feedback survey

So how did you score?  Here is a little more information about the questions and answers:

QUESTION 4: In 1904, more than 20 million people attended this event in St. Louis, where iced tea was popularized and commercialized.
ANSWER: At the World’s Fair in 1904 in St. Louis, iced tea was introduced to fair goers from all corners of the US at an average of more than 100,000 each day.

QUESTION 5: What labor-saving device was an accidental invention in 1904 by Thomas Sullivan, a New York tea merchant?
ANSWER: In 1904, Thomas Sullivan, a New York tea merchant, started to send samples of tea to his customers in small silken bags. Some assumed that these were supposed to be used in the same way as the metal infusers, by putting the entire bag into the pot, rather than emptying out the contents. It was thus by accident that the tea bag was born!

How to Improve the Quality and Flavor of your Iced Tea

Here at Saftea® we get asked all the time, how can we improve the quality and flavor of our iced...
Read More