It's winter, and for many of us, that includes cold, and snow for several months. Lucky for us, January is National Soup Month!  Enjoy your favorite bowl of soup next to a hot fireplace, and read on for a little information and history on this varied dish.

How old is soup?
There are many theories, but to put a date on the first bowl of soup is difficult. For starters, what is the definition of soup?  At its most basic, the simplest answer requires boiling meats or vegetables in water.  Primitive man then, could have fashioned a sort of “soup” by dropping hot rocks into liquids to heat.

Historically, soup was a common meal when food was scarce.  There is no limit to what type of food to add to a pot of water or broth, based upon availability.  Different cultures created their variation of soup based on what foods were available in their geographic region.  Here are a list of popular soups and their origns:

Soups have greatly evolved into what is now our modern day soups, stews, bisques and chowders.  But what makes a soup a soup, or a bisque a bisque?  At the most basic level, there are two types of soup – clear and thick.  Clear soups include stocks and broths, such as chicken noodle soup.  Stock or broth is the strained clear liquid from simmered poultries, meats, or vegetables. By contrast, thick soups include cream and puréed soups such as bisques or chowders.

Cream soups are made by simmering a main ingredient, and often thickened by adding potatoes and vegetables, then finished with milk or cream. Purées rely on the consistency of the main ingredient for thickness, and are typically not strained before serving.

What is the difference between stews, bisques and chowders?  All three are generally classified as soups, but they have key distinguishing factors that make them different from each other. They are actually combinations of both the clear and creamy basic soup types.  Bisques and Chowders both feature seafood, but are distinguished by the smooth or chunky consistency.

Bisques are known for their thick, creamy texture and rich flavor. Bisques are traditionally made from pureed shellfish and thickened into a rich and creamy base.

Chowders on the other hand are thick and chunky, filled with seafood such as clams or lobster, and may also contain meat, potatoes or other hearty vegetables. The creamy consistency comes from milk or cream.

Stews have the same main ingredients as soups, with a combination of meat, fish and vegetables, but what makes a stew distinguished from most soups is the amount of liquid used.  Stewing, by definition, uses a minimal amount of liquid that just barely covers your meats and veggies. Stews are simmered slowly over a low heat, allowing the liquid to cook down to a flavorful gravy, and the ingredients to become tender and juicy. Stews are thickened with flour, which is used to either lightly coat the pieces of meat before they’re browned, or with a roux, equal parts butter and flour.

Soups, Stews, Bisques, and Chowders are all perfect foods to incorporate the Cook Chill Method of food preparation.  Cook Chill is easily adapted to any size kitchen, and is used daily in small mom and pop sized restaurants, to major prep kitchens.  No matter the size, Cook Chill offers consistent quality foods with a "just cooked fresh" flavor.  The basics of Cook Chill involve a 7-step process: 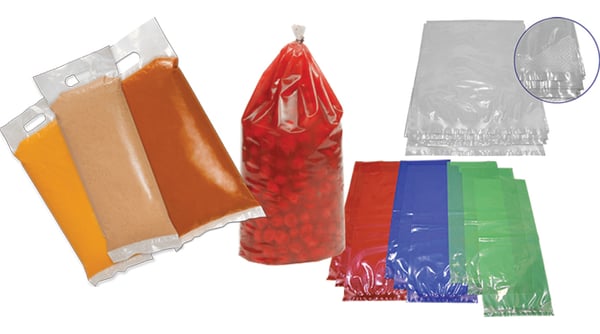 Learn more about the Cook Chill System and how it can help your food service needs by visiting our website, or request more information by clicking the button below:

Hand Sealer vs. Foot Sealer Which option is right for your operation? If you are thinking about...
Read More

Are you Using Cook Chill Bags in your Mexican Restaurant?
Read More

Grab Your Favorite Sauce this March